Attacking Giants: The 3 answers only read comic will knows, are you all clear?

The sound of the night and the wind, the masterpiece knows how much. Just watching the animation of "The Attacking Giant" can't satisfy most people's curiosity and sensibility, and Xiaobian naturally. As the iron powder of "The Attacking Giant", I believe that many people have followed the latest comics with Xiaobian. So, as a comic party, what do we know about the "inside"? The following content is spoiled, readers need to read carefully 哟!!!

2, the beast giant jike is good or bad The appearance of the giant of the beast, Jike, from the first appearance gives a feeling of cruelty and cold blood. Knowing that Gick and Allen were half-brothers, and when Jike personally reported his parents to the Marais, Jike became a big villain in the eyes of everyone. However, Jike is not a full-fledged bad guy. His real purpose is to create a world without giants, and use the power of the ancestors to make the Eldians have no descendants, so that the history of the giants truly becomes the past.

3、After inheriting the memory of the predecessor giant, Allen’s choice Allen saw and experienced thousands of tragedies caused by the existence of giants. He also decided to expel all the giants. After understanding the secrets of his basement, Allen moved the enemy from the giants. The Marais Empire outside the wall. However, in the latest information, Allen is obviously supporting the plan of his brother Jike. After inheriting the memory of his father Grisha, Allen also does not want to let people live in the shadow of the giant. Now Allen is mature, but it is gradually becoming rational and indifferent, and gradually puzzled by his former companions. 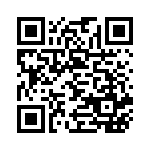